If you’ve chosen to develop your web app in the Python programming language, your idea is so good. I wanna explain Django vs Flask & Which framework is best in Python Web Development?

Python is currently one of the most popular programming languages around, favored for its clean, readable code, and flexibility. It is also in high demand because of its wide selection of web frameworks that can take your project from idea to reality, in the quickest time possible. 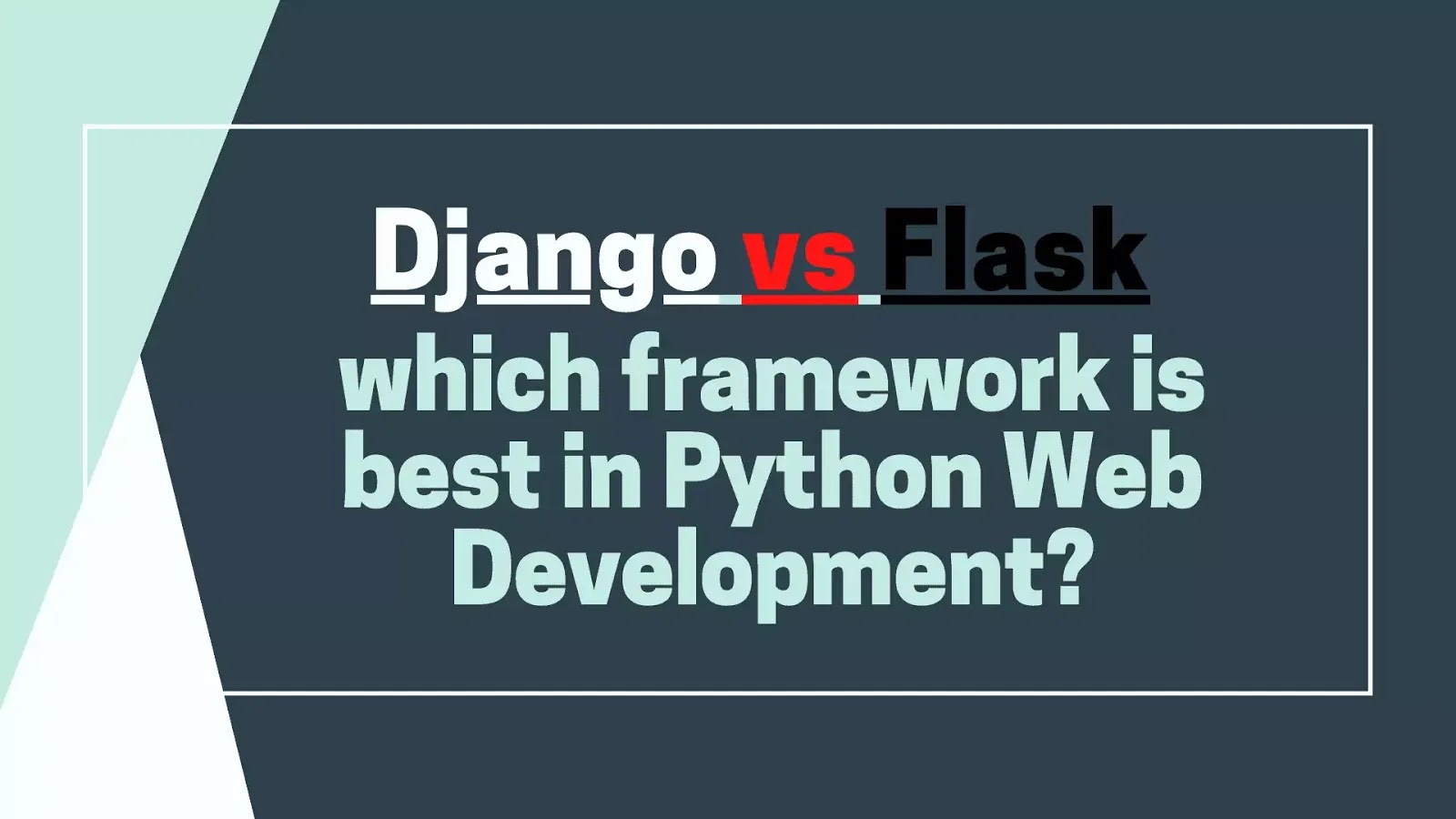 Flask is a micro web framework written in Python. It’s categorized as a micro framework since it doesn’t need particular libraries or tools.  Applications that use the Flask framework include Pinterest, LinkedIn, and also the neighborhood web page for Flask itself.

Django on the other hand, adopts an all-inclusive approach, supplying an admin Panel, ORM (Object Relational Mapping), database interfaces, and directory structure directly from the box.

While both of these frameworks are hugely popular, they are rather different in terms of what they implement in the framework and that which they depart for the programmer to write.

Flask and Django are two of the most popular web frameworks for Python (though there are many more). In this post, I will go over some of the things you should consider when you’re selecting between Flask vs Django.

Are you wanna know about Python vs PHP & Which programming language is better? then must-read.

Python vs PHP Performance & Which is better?

The size of your project is really a good starting point when choosing a framework. Flask is much more suited to smaller, less complex applications & while Django is designed for bigger, more complex, and high-load applications.

The future expansion plans of your project should also be factored in. Even though Flask is flexible and extremely extensible, you will have to be ready to make most of the functionality yourself. Django, on the other hand, will probably be easier to scale as it is fully featured out of the box.

Contrary to Flask, Django makes it easier for users to take care of common project administration tasks by providing a ready-to-use admin framework. It further generates the functional admin module based on project models.

The arrangement of the app may dictate which framework you should use. If you have a need for certain tools and libraries or want a highly customizable framework, Flask is going to be the best choice.

If, however, you do not require the granular pruning which Flask allows, Django will save you a lot of money and time in development hours with its own plethora of built-in attributes and reasonable defaults.

As noted before, Flask is developed based on the Jinja2 template engine. It enables developers to accelerate the development of dynamic web applications by making use of an integrated sandboxed execution environment and composing templates within an expressive language.

Bootstrapping Tool to use

The developers can use Django-admin to create new applications inside the project. They can likewise use the applications to include functionality to the web applications according to diverse business requirements.

Django allows developers to take advantage of a robust ORM system to use it. The developers may use the ORM platform to work with widely used databases such as MySQL, Oracle, SQLite, and PostgreSQL.

Contrary to Django, Flask doesn’t provide an integrated ORM system. It takes developers to work with databases and perform database operations through SQLAlchemy.

The Python developers can use databases using SQLAlchemy as a SQL toolkit and ORM system for Python. Also, they can perform common database queries by composing and executing SQL queries.

Are you wanna know about Best web Development frameworks in 2022? then must-read.

When comparing Django vs Flask, the aim is not to announce that a single framework is far better than the other. Instead, it is to examine the crucial points that will enable you to make an educated decision, against the demands of your individual project.

Both frameworks are suitable for rapid development of web apps, although Django is considered to possess the steeper learning curve. Flask provides the maximum flexibility in terms of customization, however, Django has a larger existing community of users and so offers additional support.

The major point to remember when choosing a framework, is they are not a one-size-fits-all solution; the person project needs should take precedence. Think about the size of the app you want to build and plans for future expansion, how much customization will be demanded, and the type of app you’re building. Always be happy & Work hard. Thank You.

I hope this some basic terms are very helpful to think about “Django vs Flask | which framework is best in Python Web Development?” If you have any questions and queries, please leave a comment. Thanks a lot.

Django vs Laravel – Which is the best Web Development Framework in 2022?